Ben has turned me on to old Scientific Americans -- as he says:

I've fallen in love with the Project Gutenberg editions of Scientific American Supplement. Festooned with illustrations of lovely contraptions, it records daft ideas alongside real advances. Perhaps the best part, however, is the prose.

It is of no use to liberate any of the smaller insects; every fly, removed from the leaf upon which it had been feeding, returned immediately it was at liberty to do so, and walked down the fatal cup as though drawn to it by a species of irresistible fascination.

It is not alone that flies and other small insects are overpowered by the fluid which exudes from the cord in question. Even large insects succumb to it, although of course not so quickly. Mrs. Treat says: "A large cockroach was feeding on the secretion of a fresh leaf, which had caught but little or no prey. After feeding a short time the insect went down the tube so tight that I could not dislodge it, even when turning the leaf upside down and knocking it quite hard. It was late in the evening when I observed it enter; the next morning I cut the tube open; the cockroach was still alive, but it was covered with a secretion produced from the inner surface of the tube, and its legs fell off as I extricated it. From all appearance the terrible Sarracenia was eating its victim alive. And yet, perhaps, I should not say 'terrible,' for the plant seems to supply its victims with a Lethe-like draught before devouring them."

That Mrs. Treat -- she has a fascination with this carnivorous plant that borders on the obscene. Definitely not a strait laced Victorian.

What I'm browsing the SciAms for is diagrams and images to repurpose into all sorts of home things -- posters, decoupage plates, to iron onto table linens, etc. 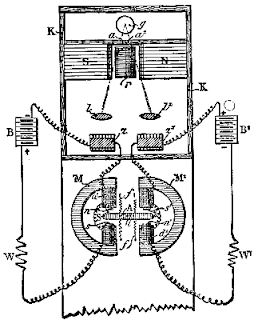 This, for instance, is a "Plan for a New Style of Submarine Telegraph".

The Project Gutenberg site is a bit complicated to use, but if you search for "Scientific American" you should get everything they have. For a shorter list, try "Scientific American Supplement" Don't follow the "read online" link (this forces you to page through each page, it's harder to use). Instead scroll down to the "formats available for download" section and see if there is an uncompressed HTML version (some have one, some don't). This will let you navigate either by scrolling or by using the table of contents within one large file. (It's also relatively easy to URL hack to get just a directory of images to look through. Of course, you'd miss the scientific romanticism that way...)

Finding some electrical diagrams, similar to the one shown on the Brown (a shop) post, was amazingly easy: 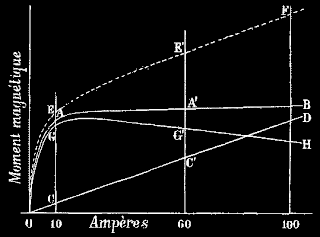 Remember, almost everything on Project Gutenberg is out of copyright or free, which means you can use anything you find for your personal or commercial projects.
Posted by Sara at 2:47 PM