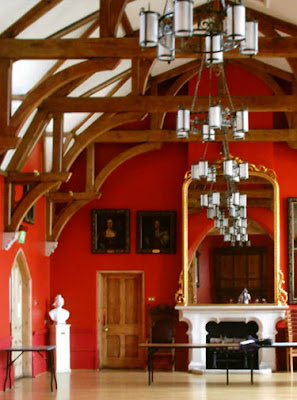 I ran across this fine example of Victorian Gothic style on the website of Ridge Property Consultants in the UK. Love the rafters!
Posted by Sara at 11:52 AM 3 comments: 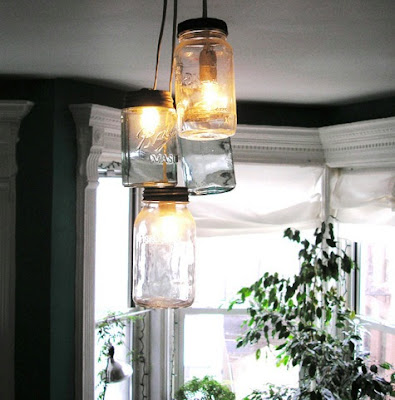 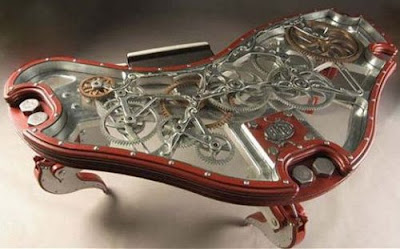 via Design*Sponge.
Posted by Sara at 7:00 AM No comments: 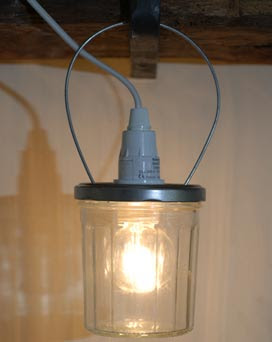 I saw this lamp, and thought it would be easy for a steampunk to reproduce. I see it outside, around a picnic table. 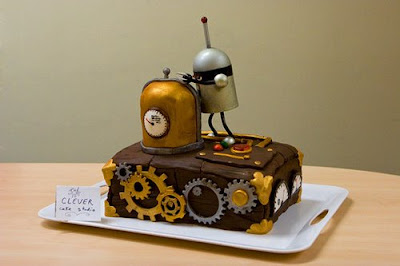 And now for something complete different... a steampunk contraption cake!
Posted by Sara at 7:33 AM 4 comments:

Email ThisBlogThis!Share to TwitterShare to FacebookShare to Pinterest
Labels: kitchen 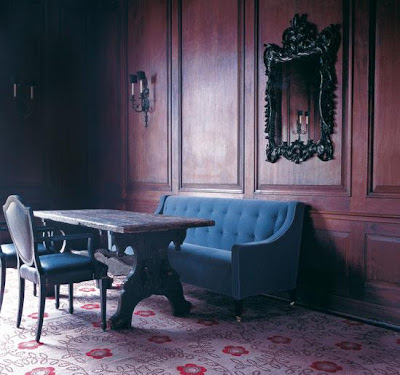 I ran across this room setting on The Rug Company's website, and thought you would like it for it's traditional gothic feel, but also for it's not-so-strict interpretations -- the 40s style couch and arts and crafts style rug mix wonderfully with the more gothic and traditional elements. And it uses blue, which we don't see enough of in steampunk settings.
Posted by Sara at 7:24 AM 1 comment:

This has been mentioned before, but Jon McDougal just mentioned the Steampunk finds currently on offer at Restoration Hardware again, and I thought it merited a post of it's own. One of the neat things about this line is that RH is spotlighting the artisans who design or make these pieces. 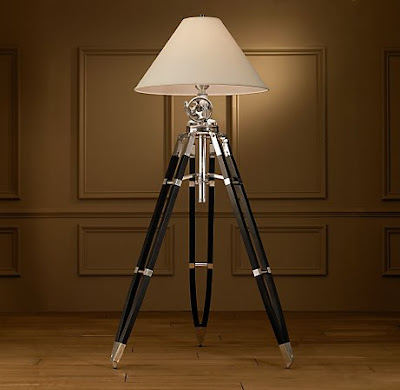 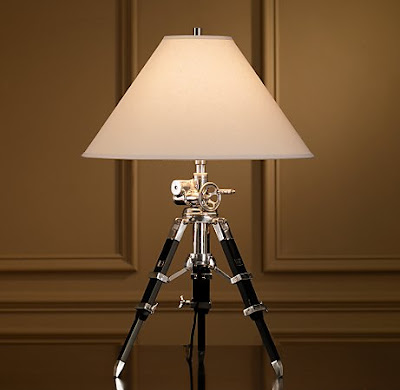 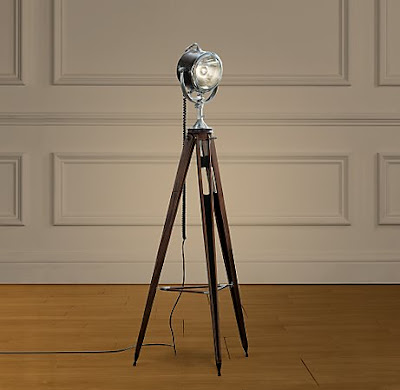 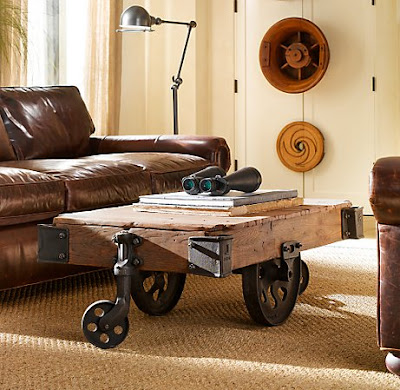 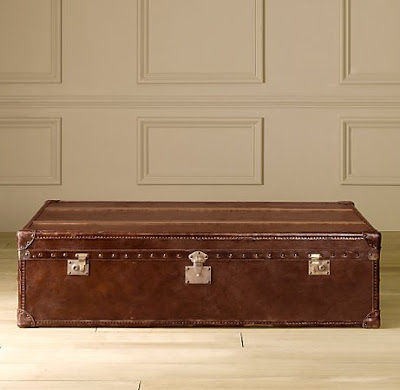 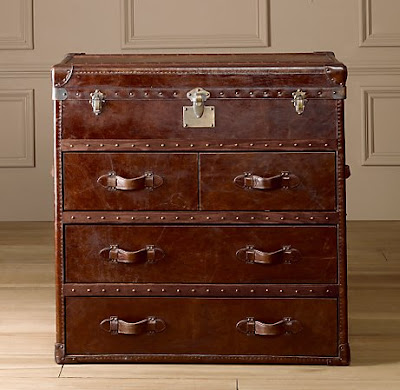 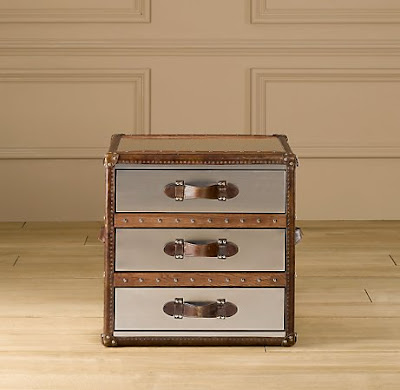 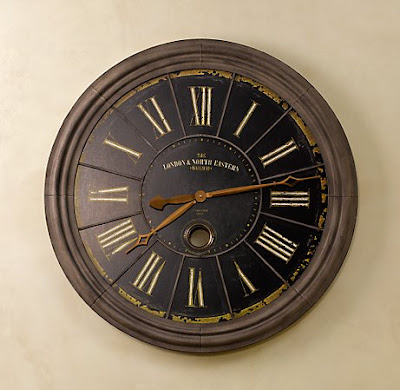 Can you believe I've "been at" The Steampunk Home for two years today?

From my very first posts in April of 2007, and thanks to all of your wonderful suggestions, I've never lacked for material, only for time.

This blog is a labor of love -- it brings me such joy to find fun things, and to make friends in the process.

Ok, enough romantic sentimentality. I thought it might be fun to take a look at some stats about the last two years to go along with it:

Thank you all, for taking the time to read and share your finds.

What's been your favorite part of the last two years?
Posted by Sara at 8:15 AM 10 comments:

The winner of the London Particulars giveaway is Mikki who recommended Edinburgh as the most steampunk city.

Thank you all for the creative and enlightening answers to the question of what is the most steampunk city -- from the major Victorian cities around the world to many others that I didn't realize had that "vintage industrial" feel -- I enjoyed reading each and every one, and hope you all did too.

Mikki, if you would email me (saracarl at gmail dot com) your shipping information, Derrick of London Particulars will send you your print and ring.
Posted by Sara at 8:33 PM 3 comments:

Email ThisBlogThis!Share to TwitterShare to FacebookShare to Pinterest
Labels: contests

Ben just pointed me to a fabulous collection of scientific prints at WikiMedia Commons. 100 plates of Ernst Haeckel's Artforms of Nature
from 1904. 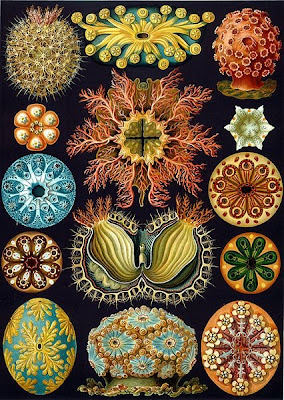 Are they not the most beautiful, vibrant scientific plates? I love the symmetry of each print. 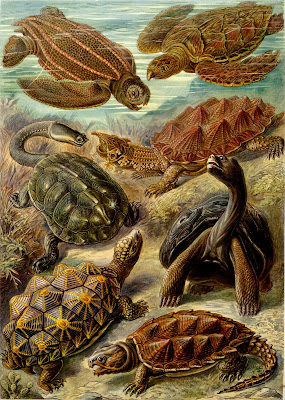 These are on the Wikimedia Commons, which means they can be freely reused without permission. In other words? Go crazy. I want to see these printed and framed around someone's office. What about using them for a bathroom? (Something about having scientific prints up to study while taking care of life's necessities appeals to me... ) 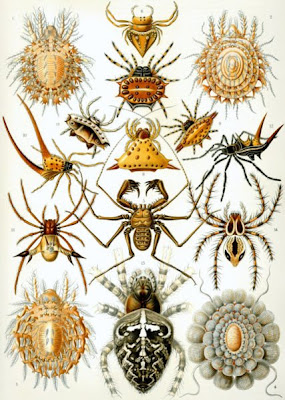 What about using them for fabrics? Printed on pillows? Screened onto plates? Someone more crafty than I should do *something* with them -- and then send me pictures and links to share...

Go see the whole collection -- one is sure to appeal.
Posted by Sara at 3:13 PM 8 comments:

After I featured his artwork on The Steampunk Home earlier this year, Derrick of London Particulars contacted me and offered a print as a giveaway to you, my dear readers! So we're having a contest to see who wins The Professor and the House of Lords, a moody 8"x12" Photographic Artwork: 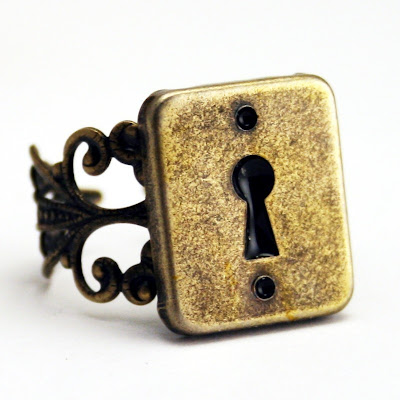 Like all of London Particular's work, part of its charm is in the Professor Thistlequick narrative that places it in the same world as the print:

Professor Aubrey Thistlequick's niece, Fiona Stickclick was a very curious girl.
Not curious as in strange or unusual, but curious like a particularly inquisitive cat.
Once, on a Sunday afternoon visit, the Professor found her sat before a trunk in his hidden study rifling through one of his most secret collections.
"What are all these?" she asked, holding up a small keyhole.
"Ah, well that escutcheon contains the lock that secures one of the many hidden secrets of the universe" replied the Professor.
"Oh my! Are they all secrets Uncle?" cried Fiona.
"Yes, my dear" said the Professor "and I've been collecting them for many years".
"Can I have the keys please Uncle?" asked Fiona.
"Well no, because no-one should be given the keys to the universe, my dear, besides, everyone needs an element of mystery in their lives!"
"But I only want to see just one of the universes deepest secrets!" protested Fiona petulantly.
"Ah, well the other thing is that I've lost the keys. It's a bit of a bind really as I never even got to use them." said the Professor "With all the people searching for the keys to the universe, the thing which has always perplexed me is...what on Earth were they planning to do with them if they could not find the keyholes?" the Professor exclaimed with a heavy sigh and then he gave an excited squeak "There it is! I've been looking for this jar of blackberry jam for weeks!"
"Is it magical?" asked Fiona.
"No, I'm afraid it’s not. But it's pretty dashed tasty, and just in time for tea!"


Win it! Comment below and answer the question "What's the most steampunk city you know of, and why?" and Monday evening I'll pick the winner using a true random number generator.

Bonus: Derrick has also offered the readers of The Steampunk Home a 10% discount on purchases from his shop. Just mention "Steampunk Home" in the "Messages to Seller" section when making a purchase and he'll refund 10% via PayPal.

update: the contest is finished, but you are welcome to continue to add your favorite steampunk cities in the comments below.
Posted by Sara at 5:09 AM 70 comments: 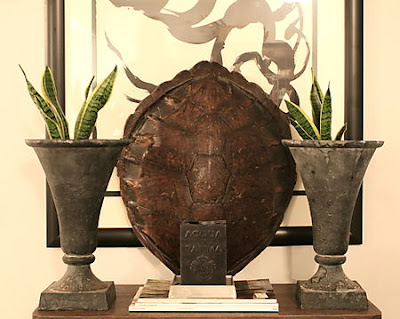 The web is wonderful for serendipitous discoveries. Today's is a blog called M & Co, which had a nice set of tips on creating an eclectic interior. The author is lucky enough to live in her grandparents' house, with an attic full of stuff to explore. (This is my fantasy. Really.) I'm going to paraphrase her here, but go read it. 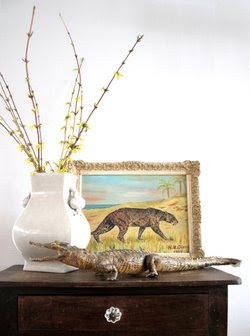 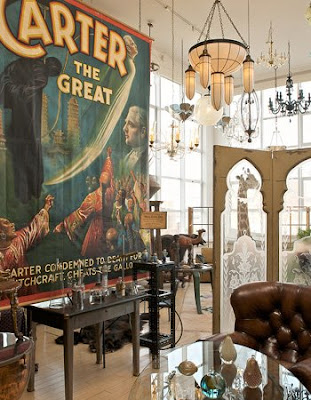 T. C. Donobedian's Paris Flea occupies the penthouse of an ultramodern building in San Francisco's Jordan Park. Inside, however, it's a different story, full of taxidermy, antiques, obscure decorative pieces and and gorgeous antique lights. 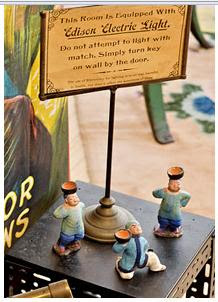 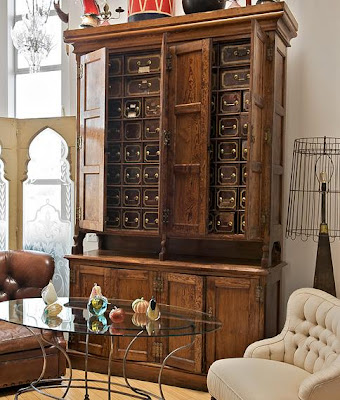 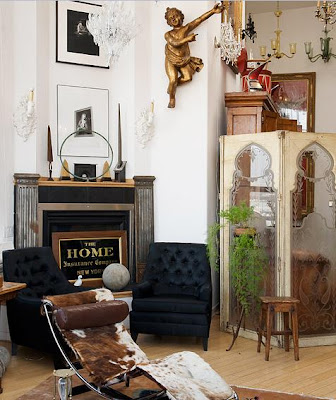 Eclectic? Bohemian? I'm not sure, but I like it, especially the French etched glass doors.

Donobedian has a an online storefront at 1stdibs. The photos and everything I could find about the shop and it's owner was in this article on 1stdibs as well.
Posted by Sara at 7:45 AM 1 comment:

It always surprises me where you can find furniture appropriate to a steampunk home. Case in point? JC Penney. Their Linden Street line has a surprising number of industrial, scientific, or just plain neat pieces that would suit at very affordable prices. 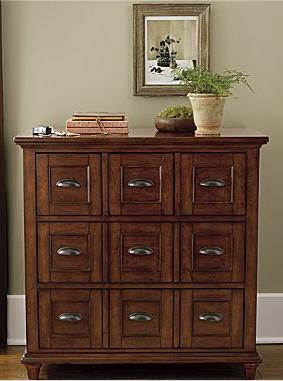 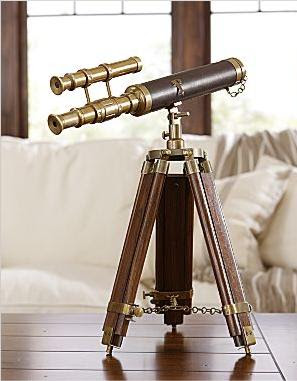 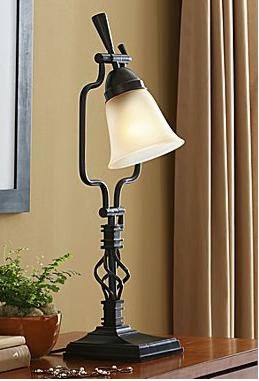 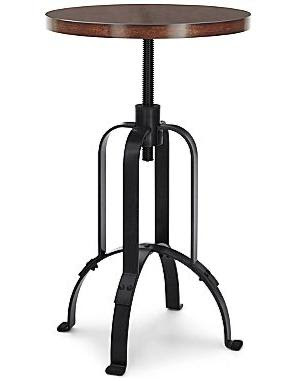 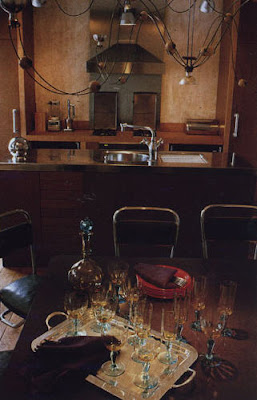 Here's some interesting kitchen lighting by Parisian designer Columbe Stevens. It reminds me a bit of knob and tube wiring.