So it's a bit late, but I wanted to show off our steampunk pumpkin from Halloween: 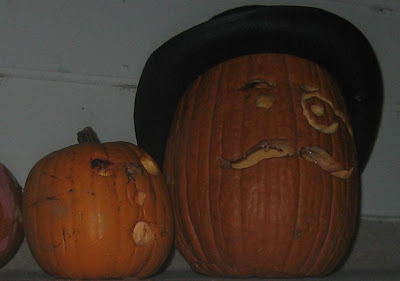 Although he bears an unfortunate resemblance to the Planter's Peanut Man, he is charming in his bowler (there's a pair of goggles that you can't really see perched on the bowler), mustache and monocle.

He's even more charming in the dark: 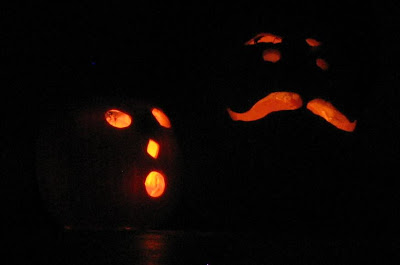 I can't take too much credit for him though -- the idea was mine, but the execution was all Ben.
Posted by Sara at 7:40 PM