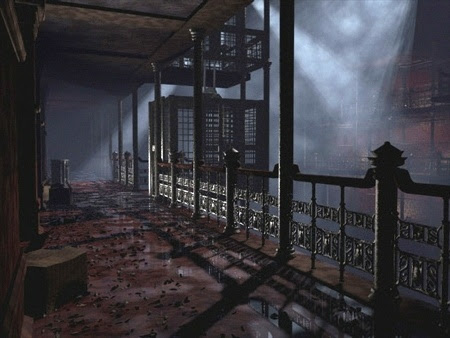 All the Bladerunner references in the recent Jake von Slatt interview reminded me of this link I had tucked away for just such an occasion. The Bradbury Building in LA was the set for J.F. Sebastian's home in Bladerunner, and even though Bladerunner is seminal cyberpunk, there's some definite post-apocalyptic Victorian industrial style here. 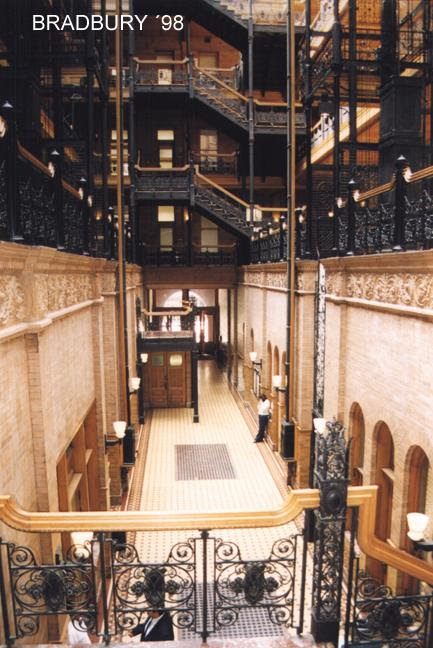 The Bradbury (almost certainly, but not conclusively proven) designed by George H. Wyman, reputedly based on a science-fiction novel set in the year 2010, was built towards the end of the 19th century. 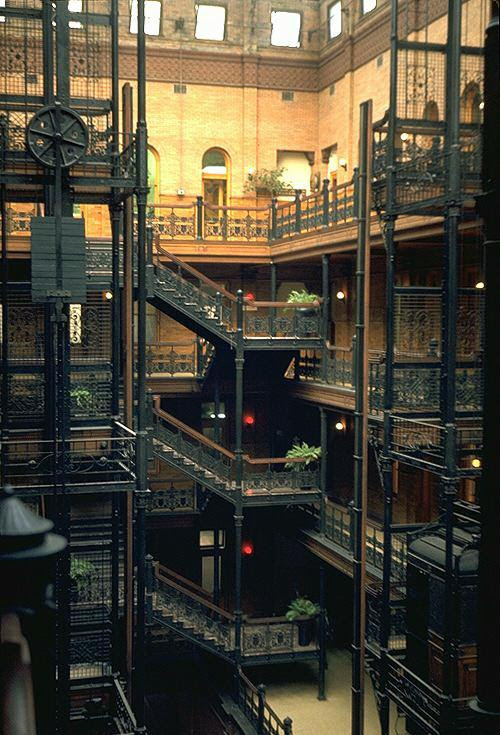 So what do you think? Steampunk or Cyberpunk?

Credits: Images and history from BRMovie.com. Found in a steampunk context on MovieGeekette. Jake von Slatt interview found via BrassGoggles.
Posted by Sara at 11:45 AM

Def. Steam. I *loved* the character of that building from the very first time I watched that movie.
One of the things that pleased me very much when I got my current job is the in the center of the building. I'm just sad that the elevator doesn't run anymore so I can play Decker :P

i don't really know cyberpunk, but i would think that it would be very digital and cold looking, whereas this building just looks steampunk to me.

Definitely Steampunk. It was finished in 1894, the designer was supposedly inspired by a ouija board experience to design it based on Bellemy's *Looking Backward*. Retro futurism all the way! And it is a delight to stand in. If only this had been our present....

Well, "Looking Backward" was the novel that founded the National Socialism movement, i.e what became Naziism. So I don't think anybody sane would want to live in a Nazi ruled present day.

Cyberpunk isn't necessarily cold, but anything with bespoke brasswork or wrought iron is gonna be steampunky. I agree the Bradbury building is steam. Generally the transition of architecture from steam was with the Bauhaus spacey-curvey utilitarianism that discarded flourish and detail. The art-deco constructivist style might be considered the last steampunk school of design, though one might consider post-soviet post-industrial to be a neo-steampunk.